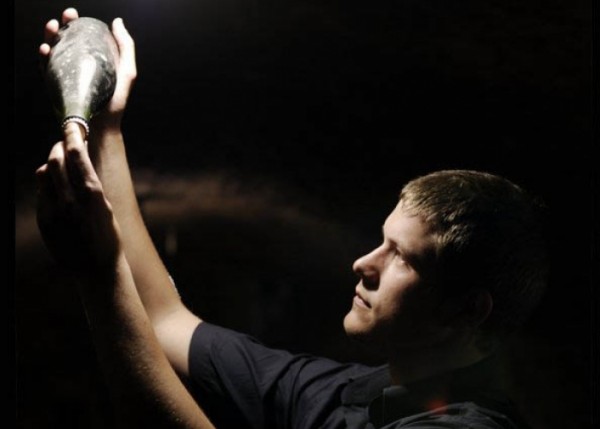 Fiacre Taillet, winegrower in Merfy in 1485, was the first of a long line of family winegrowers in Merfy.

Another Fiacre Taillet, born in 1700, was an enlightened winemaker who wrote extensive memoirs about his life and his work, as well as the economic, political and cultural environment of the region in the early 18th century. Following this, first Laurent, then Antoine Taillet continued to write logs, passing the family tradition on from father to son, one generation to the next. Today, AlexandreChartogne-Taillet maintains written logs of his own, as his parents  Philippe and Elisabeth did before him.

Since 2006, Alexandre has been dedicated to the family's work, seeking to share with you the wines of the village of Merfy.

Merfy's vineyards are located in the Montagne de Reims, 8 kilometers (5 miles) away from Reims on the southern tip of the Massif de Saint-Thierry, an area that has enjoyed a long winegrowing tradition.
These south- and southeast-facing hillsides have been planted with vines since the arrival of the Romans, and were further developed in the 7th century by monks from the Abbey of Saint-Thierry.
As early as the 9th century, the vineyards surrounding this abbey represented the highest concentration of vineyard land in Champagne. The village of Merfy has long been known for the quality of its wines: Merfy's wines were served at the tables of kings, and were exported as early as the 12th century.
Merfy continues to produce exceptional Champagnes, representative of its distinctive soils and vineyards. Today at Chartogne-Taillet, all of our champagnes are grown entirely in the vineyards of Merfy.

At a glance:
• 11 hectares (27 acres) of vineyards
• 2 Champagne presses (up to 4000 kgs)
• 13 individual vineyard parcels (including three parcels of ungrafted vines)
• 4 grape varieties: Chardonnay, Pinot Noir, Meunier and Arbanne
• A vat room with oak barrels, stainless-steel tanks, amphorae and cement "eggs" by Nomblot
• Between 6 and 10 cuvees, depending on the individual harvest
• Winemaker Alexandre Chartogne, assisted by Jean Nicolas, Cyril (horse plower), Laurence, Cédric and Jean-Luc (professionals in the vineyard and cellar), Muriel (office assistant) and Pierre (in charge of pressing)